NEWBERRY COUNTY, SC (WIS) - A Newberry County deputy is recovering in the hospital after having to be rescued from her wrecked patrol vehicle late Tuesday night.

According to Newberry County Sheriff Lee Foster, Deputy Erin Leighton, 27, was staffing a traffic safety checkpoint at Belfast Rd. and Kendall Rd. near the city of Newberry around 11:00 p.m. when an approaching vehicle cut out its head lights, pulled into a driveway, and then drove off to avoid the checkpoint. 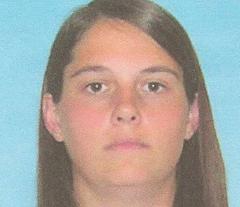 Leighton hurriedly left the checkpoint in her patrol car to attempt to stop the fleeing vehicle.

Foster said it is unclear what happened after she drove off, but believes Leighton ran off the road, drove across some railroad tracks and into a ravine. The deputy had traveled approximately a half mile when the accident occurred, but had not yet caught up to the suspect vehicle and was not engaged in a pursuit at the time the accident occurred. She was trapped in the vehicle, but was able to call for help.

After finding the wrecked cruiser, EMS and fire rescue crews removed Leighton from the car and she was taken to Palmetto Richland Memorial Hospital by ambulance. Foster said she was conscious when she was transported to the hospital and that her injuries appear serious, but not life threatening.

Deputies were never able to track down the vehicle that fled from the safety checkpoint. Investigators described the felling vehicle as a red full size pickup truck with a loud exhaust system.

Leighton has been with the Newberry County Sheriff's Department for about a year, according to Foster. She is a U.S. Army Veteran and she was just about to graduate from Newberry College's Forensics Science Program.

Sheriff Foster described Leighton as a promising new deputy and expressed his thoughts and prayers to her and her family for a speedy recovery.

"She has a lot of promise we hope and pray that the injuries she sustained will allow her to come back to work and continue on with her career," said Foster.

Foster also says the driver of that red pick up truck should be ashamed of their actions. "Whatever that person had done is not as bad as what happened to her," he said.

"If you have any information about the red pick up truck that was able to get away from Holiday Checkpoint, you are asked to call Crimestoppers at 1-888-CRIME-SC.

Man falls, dies after attempting to do handstand on Myrtle Beach hotel balcony