COLUMBIA, SC (WIS) - A judge denied bond for the man police believe brutally murdered a University of South Carolina associate professor inside her home on August 28.

A large group of friends and colleagues of the victim, Jennifer Lee Wilson, and several city officials, including Columbia Police Chief Randy Scott and Major Steve Benjamin, attended the short hearing in a Richland County courtroom. 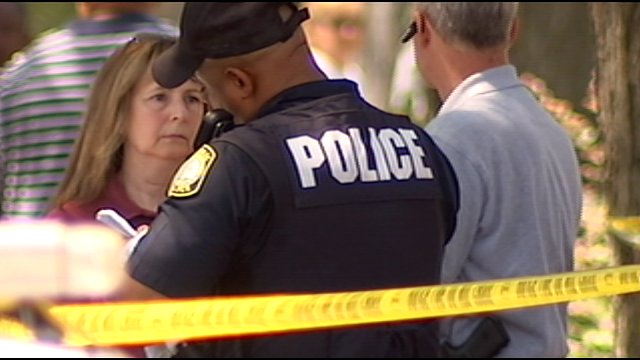 Manning accepted a request from Hawes' attorney to waive Hawes' right to bond and said it's very possible that bond will remain denied in this case.

Police were first called to the 3700 block of Monroe St. around 2:30 a.m. Sunday to investigate an argument. When officers arrived, they did not hear or see anything out of the ordinary, so they left.

Prosecutors said in court Thursday that police didn't hear anything because Wilson was already dead and Hawes was hiding in the duplex.

Police went back to the home around 11:00 a.m. after receiving another call from a concerned neighbor. This time, police discovered Wilson's body and signs of a struggle. Prosecutors said evidence shows that Hawes stabbed Wilson multiple times and dragged her from room to room.

Hawes' car was at Wilson's home when officers arrived the first time, but was gone when they came back hours later, investigators said.

Police arrested Hawes at the hospital on Sunday and charged him with murdering Wilson. Prosecutors said Hawes slit his wrists so that he could justify the blood that was all over his clothes when he went to the hospital.

According to prosecutors, Hawes and Wilson were once a couple, but Wilson broke the relationship off after a couple of months and Hawes couldn't accept the break up.

Police said Wilson met Hawes online and had been involved with for several months, but her friends say he had increasingly become a problem for the professor. "I know that she was afraid of him, but I don't know that she thought that he would go this far," said Dr. Victoria Oglan. "Jennifer's very bright and very intuitive and so it's my understanding that although she was afraid of his aggressive behavior, I don't believe that she thought that he might kill her."

Police discovered two handguns with silencers, paperwork that suggests Hawes was in law enforcement and a Visa that gives him the ability to leave the country at any time, prosecutors said.

Wilson was an associate professor of education at the University of South Carolina. According to her curriculum vitae, she had been employed there since 2005, and had just become tenured after only five years at USC

"Wilson was admired by colleagues and students for the difference that she made in the lives of children and teachers around the world," said College of Education Dean Lemuel Watson. "Although her life was cut short tragically, her contributions to literacy and teaching will live on in the achievements of the many students whose lives she touched."

"I've lost not only a great colleague, but a good person," commented Dr. Gloria Boutte, who said Wilson was full of life and loved her job.

"Her life's work was to try to figure out how to help people who want to be teachers to do so in a way that keeps them in the profession and a make a difference," added Dr. Ed Dickey.

The hearing did produce new details about the case. Police say Hawes hid in the duplex as police arrived, and had cut his wrists superficially as a way to explain his bloody clothes.

They say after they got no response and left, Hawes went back to his home and made phone calls including one to a witness who said Hawes admitted the killing.

Hawes does have a criminal record, but not an extensive one -- a 1999 domestic battery incident and a 2001 DUI case.

Wilson's family is working on funeral arrangements, with the services to be held next week.

Hawes is being held at the Alvin S. Glenn Detention Center. The incident remains under investigation.

Convenience store closes after being seen as a public nuisance

Suspects in custody after chase in Newberry County