COLUMBIA, SC (AP) - A 5.8 magnitude earthquake centered northwest of Richmond, Va., shook much of Washington, D.C., and was felt as far north as Rhode Island and New York City and as far south as the Midlands of South Carolina. 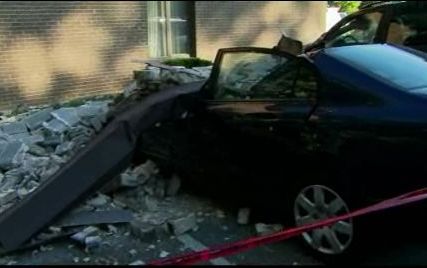 Charleston businessman Chris Mettler said he was sitting at his desk Tuesday in his office building located in the city's historic district when he felt movement side to side as if he were having a dizzy spell. He says the shaking lasted about five seconds, stopped for a second or two, and started again for three seconds.

People in Rock Hill, Columbia and other places in the northern and eastern part of the state reported shaking. No damage has been reported.

Mettler, the president of an Internet marketing firm, says he was nervous because Charleston was the site of an 1886 earthquake that killed more than 100 people.

The quake sent hundreds of people spilling into the street a block from the White House, with other buildings evacuated in North Carolina and tremors felt as far away as New York City.

The U.S. Geological Survey said the earthquake was 3.7 miles deep. Shaking was felt at the White House and all over the East Coast, as far south as Montgomery, AL. Parts of the Pentagon, White House and Capitol were evacuated. The quake was in Mineral, Va., in Louisa County.

USC geophysicist Dr. Thomas Owens says you can't put a number on the magnitude of the tremor people might have felt here, but he says it's not particularly surprising that a quake centered so far away in Virginia could have an impact here in the Midlands.

South Carolina can be home to major quakes like the one that struck Charleston in late August 1886. It took 60 lives, left damage in Columbia, Augusta and Savannah, and was felt in 30 states.

Did you feel it? Report it to the USGS