Bond denied after woman attacked while loading groceries into car

COLUMBIA, SC (WIS) - A Lexington County woman will stay in jail after deputies say she attacked another woman while helping her load groceries into her car over the weekend. 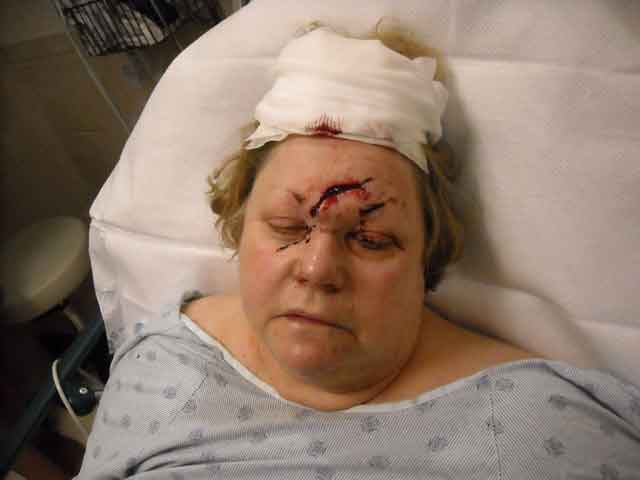 Click to view images of the suspect and victim (WARNING: GRAPHIC PHOTOS)

Whitney Deandra Wilson, 21, is charged with robbery and assault in connection with the attack, which Sheriff James Metts said happened around 3:30pm on Saturday at the Food Lion on St. Andrews Road. A judge denied Wilson's bond on Wednesday.

Metts said Linda Sarvis Canady, 64, of Columbia, was bagging her groceries to take them to her car when Wilson offered to help load the groceries into Canady's car. Canady said she was grateful when Wilson came over to help, because she's disabled and has difficulty reaching some items.

"I thought that girl fell right out of heaven," said Canady. "I needed help this afternoon."

But what happened next caught Candy by surprise. When she got in the driver's seat and started the car to provide air conditioning, Metts said Wilson hit Canady in the forehead with a can she had taken from the grocery bags. "It was so fast, I'm telling you," said Canady. "Right in the middle of my head. My body was saturated with blood."

Metts said Wilson ran toward Landmark Apartments with Canady's wallet. "I ran after her with my car," said Canady. "I was gonna catch her and tell her what she did. I just wanted to stop her."

Investigators were able to take still pictures from the surveillance video and show them to area businesses and identify Wilson. Metts said Wilson gave investigators a statement about the incident after her arrest.

Now with 19 stitches on her forehead and two black eyes, Canady says the incident was a wake-up call. Next time she won't be so trusting with strangers who put up a nice front. "I want somebody to ask her why did she want to hurt me," she said. "I still don't know it."

Wilson apologized to the victim's family in court on Wednesday.