COLUMBIA, SC (WIS) - A man is dead after the motel clerk he tried to sexually assault and rob early Monday morning fought back and killed him, deputies said. 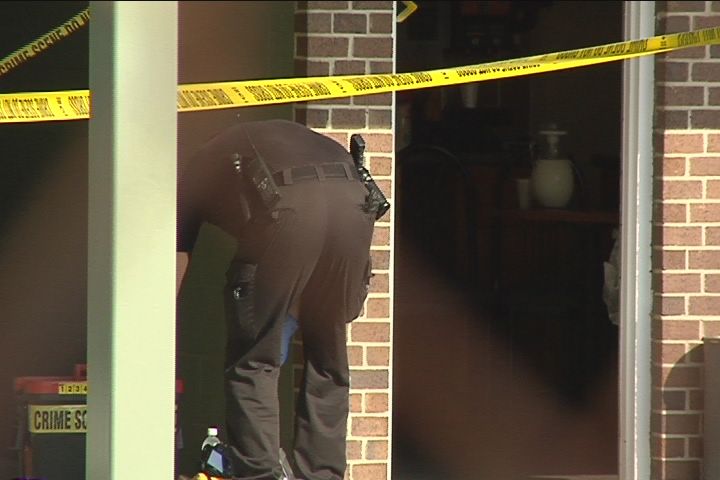 Click to view a gallery of photos of the crime scene

As the female clerk went into the breakfast room to prepare breakfast, she found Carson waiting inside. The victim said Carson held a knife to her throat and said "this is a robbery."

Investigators said when her attacker slipped the knife into his pants pocket to begin tying her up with plastic ties, the woman pulled a handgun from under her shirt, turned and fired into the man's chest at point blank range.

The victim was about 100 pounds lighter than Carson and stood at least a foot shorter than him, investigators said.

When deputies got to the scene just after 6:00 a.m., they found the suspect unresponsive on the floor. Richland County Coroner Gary Watts said Carson died from a single gunshot to the chest.

Richland County Sheriff Leon Lott said Carson's intent was not only to rob the motel, but also to rape the clerk. "There's no doubt that was his intent," said Lott. "Not only was he going to rob her, but he was going to sexually assault her. Now what was he going to do after that assault was over with, we don't know."

The clerk was not injured, but was taken to Palmetto Baptist Hospital as a precaution.

The suspect was wanted in at least one other motel robbery in the Midlands. The Orangeburg County Sheriff's Department was looking for Carson in connection with a July 14 robbery at the Hampton Inn on US Highway 601.

In that incident, deputies said Carson broke into the room of two elderly tourists and took their money, their cell phone and their vehicle.

Lott said that this was an unfortunate situation in which the victim feared for her life and defended herself.

Lott said the clerk had been victimized in one of two recent robberies at the same Days Inn and had gotten permission from her employer to carry a .22 caliber gun. The suspect in both of those incidents was identified as 22-year-old David Wesley Watson.

Watson is also believed to be the man who shot and killed Papa John's Pizza store manager Steven Fowler in June.

"Citizens need to be aware of their surroundings," the sheriff said. "If you see or hear anything that may be out of place or suspicious in nature, it's always best to use your better judgment and call law enforcement."

No charges have been filed.