YALTA, UKRAINE (NBC) - A two-headed snake has gone on display at a zoo in southern Ukraine. 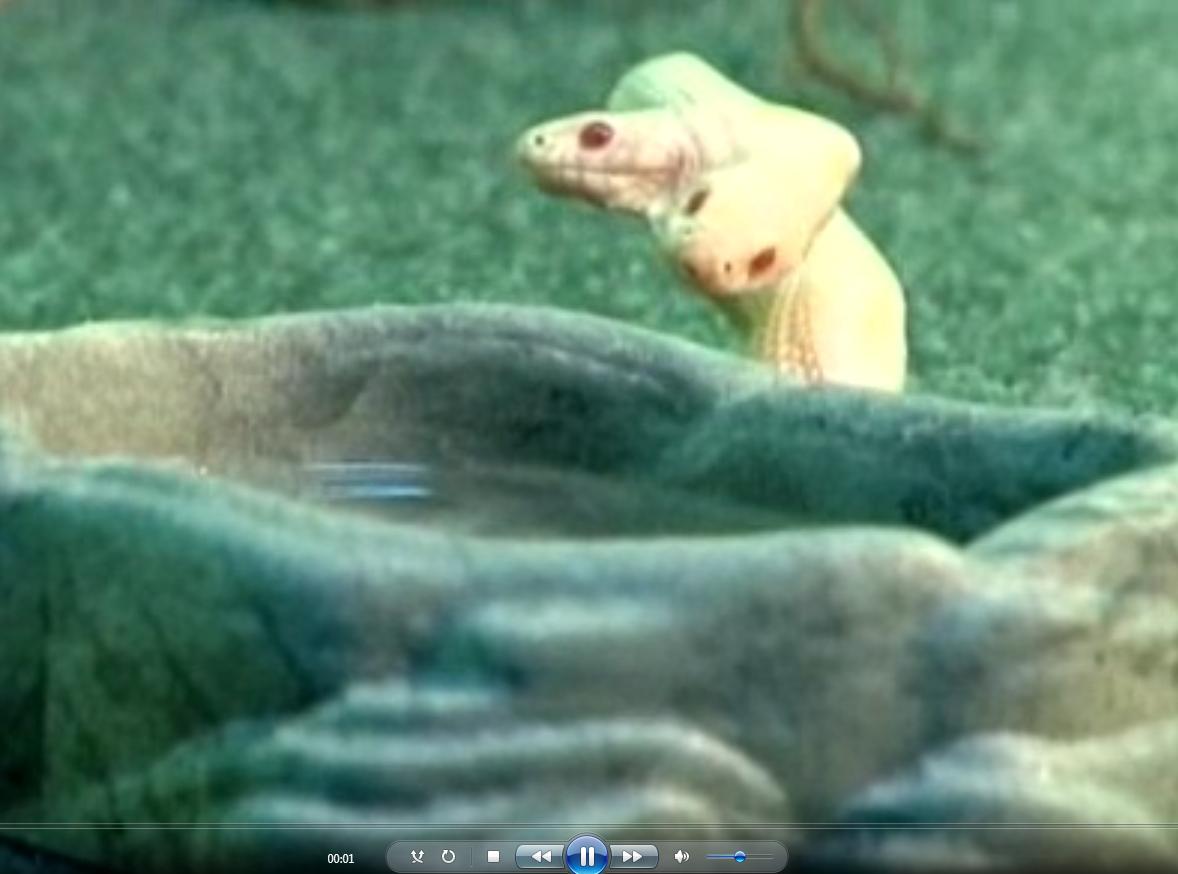 Zoo officials say the Albino California Kingsnake has two heads that think, react and eat separately, though one is more passive than the other.

The head of the zoo said that the two heads sometimes compete with each other for food.

Because of that, zoo workers have to put a barrier between the heads when feeding the snake.

The zoo said two-headed snakes are extremely rare, appearing once in every 50 years.

The snake will be on display at the zoo until Mid-September.