COLUMBIA, SC (WIS) - As a Columbia firefighter continues to recover in the hospital, troopers are still looking for the driver who fled after hitting the cyclist last week on Bluff Rd. 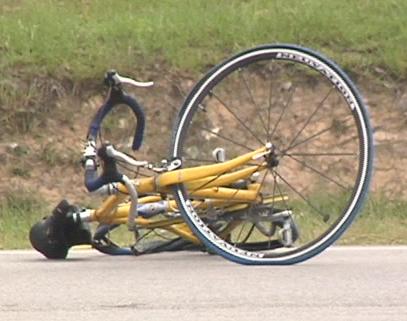 Click to see more of the scene of the hit-and-run.

Columbia Fire Chief Aubrey Jenkins said 23-year-old Travis Kinley is coming along well after being hit by two different vehicles on July 12, but is still in the hospital. Jenkins said the injured cyclist was able to go outside in a wheelchair on Sunday.

Kinley, who was wearing a helmet, was traveling west in the 1900 block on Bluff Rd. just before 6:00 a.m. when he was struck from behind, troopers said. That vehicle took off and then another vehicle hit Kinley. The driver of the second vehicle stayed at the scene.

After being dispatched to the scene, firefighters recognized immediately that the victim was one of their own said Chief Aubrey Jenkins.

The accident happened about a mile northwest of I-77 near Blair Road and not far from Kinley's home.

Corporal Bryan McDougald said Kinley did have lighting equipment on his bicycle and they're investigating whether or not it was working.

"The bicycle was in the roadway," said McDougald. "He was there legally, not illegally, and was struck by someone who chose to leave the scene afterwords."

"We have collected all the physical evidence from the scene," said McDougald. Troopers are trying to piece together what they have collected to determine the make, model and color of the vehicle that hit Kinley.

Troopers do not have a good description of the vehicle that left the scene, but said it may have front windshield damage. "We will expend every effort to locate the vehicle," said McDougald.

If you know anything about this incident, you are urged to call Crimestoppers at 1-888-CRIME-SC.

‘I was part of the problem, now I want to be part of the solution,’ G.A.N.G.S. hosts first Community Day